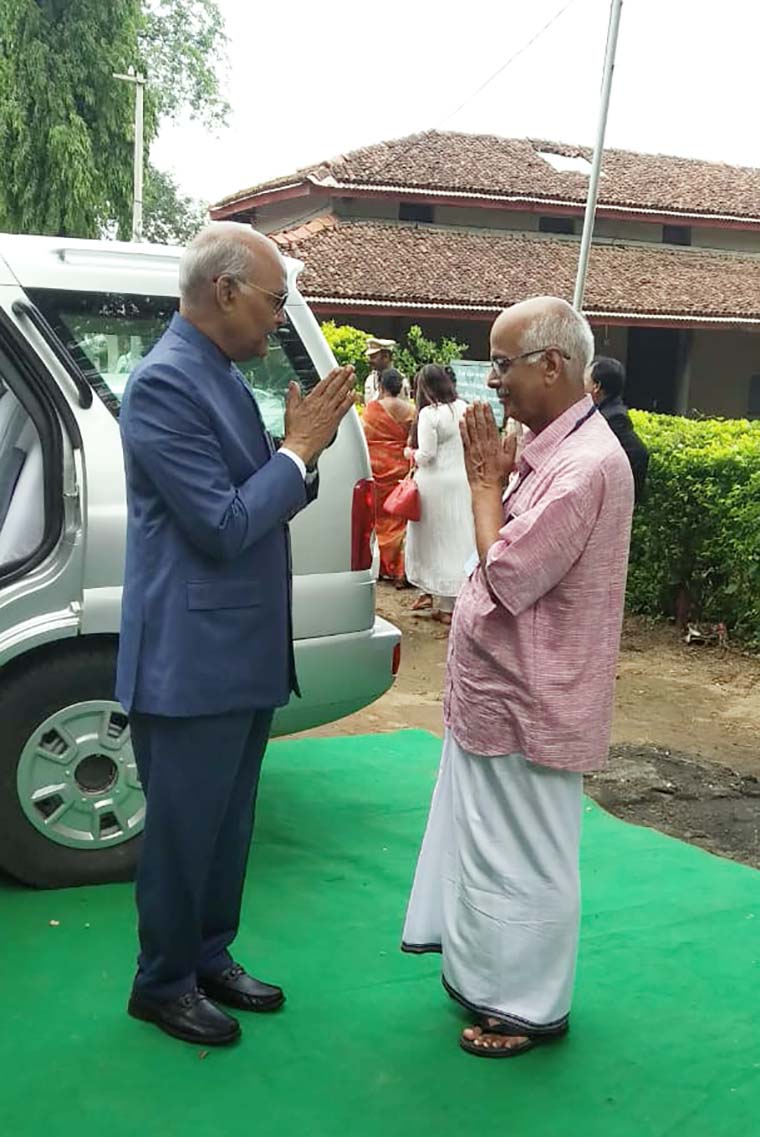 The President, accompanied by his wife Savita Kovind and other dignitaries offered prayers and took a tour of the Ashram.